Y’all, I am sharing how to make Perfect Potato Skins! These twice baked potato skins have crispy skins and are so good.

Yesterday something happened that sent my stress level through the roof. SIGH! My husband noticed a plumbing issue. UGH!

Ordinarily, this shouldn’t have been so stressful but we already have our main bathroom nearly out of commission while a remodel is going on. I won’t bore you with details but let’s just say – contractor issues.

During my stress venting to my cool as a cucumber husband, I asked what he would like for his game day meal. His response was potato skins. Sounded great, so we made a quick trip to the grocery store so I could pick up a few potatoes and fresh chives.

Unbeknownst to me at the time, my clever husband had just found a way to calm and soothe me.

I headed into the kitchen to cook. My happy place! It takes my mind off of things and I had something to focus on….making him the best potato skins.

He asked me if I had shared potato skins on the blog with you all and I said no. I said perhaps that I would sometime in the future. He planted another seed. I grabbed my notebook to jot things down and took photos so here I am sharing how to make these delicious potato skins.

I confessed as he was enjoying the potato skins that it has calmed me completely to  be in the kitchen preparing food. He kindly responded that he knew it would.

How Do You Make Potato Skins Crispy?

I think a lot of restaurants throw potato skins into a deep fryer. I do not! That’s where the twice baked potato method comes into play. The flesh of the potato is still nice and fluffy.

After we returned from the store, I washed the potatoes and put them on a small baking sheet and put them into a preheated 425°F oven. The potatoes baked for 1 hour then I removed them from the oven and allowed them to cool for 1 hour.

While the potatoes were baking, I cut up a few slices of bacon and cooked it in a skillet until nice and crispy to use to top the potato skins later.

You’ll find the full printable recipe at the end of the post. Don’t forget to share and pin the post to help me get the word out to others who might enjoy this recipe too.

Next, I lined the baking sheet with foil and preheated the oven to 350°F. Brush the potato skins, inside and out, with vegetable oil and place flesh side down on the lined baking sheet.

Pop them back into the oven and bake for 25 minutes. The skins are now nice and crispy and the edges have a nice brown edge on the potato.

Turn the potato skins over and season with salt and pepper. Fill the potato skins with grated cheddar cheese and cooked bacon then return to the oven for 10 minutes, or until the cheese is melted.

Remove the potato skins and top with a dollop of sour cream and fresh chives. You might consider having a mini potato skins bar with other toppings to choose from such as Pickled jalapeno slices, hot sauce, green onions or salsa.

Hey Y'all! I'm Julia, the cook and writer behind the recipes here at Julia's Simply Southern. I began my website so that I could share easy to follow recipes that anyone can use to put a home cooked meal on the dinner table. Thanks so much for stopping by! 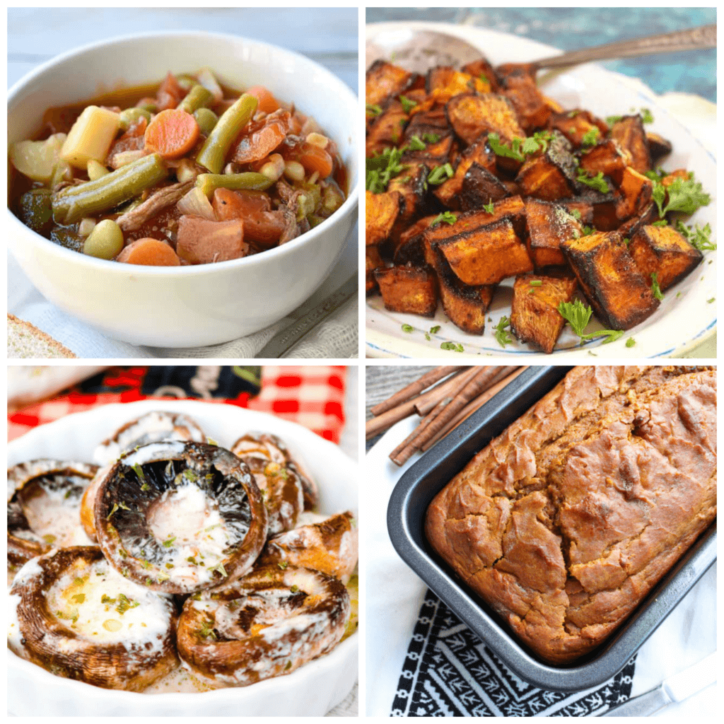 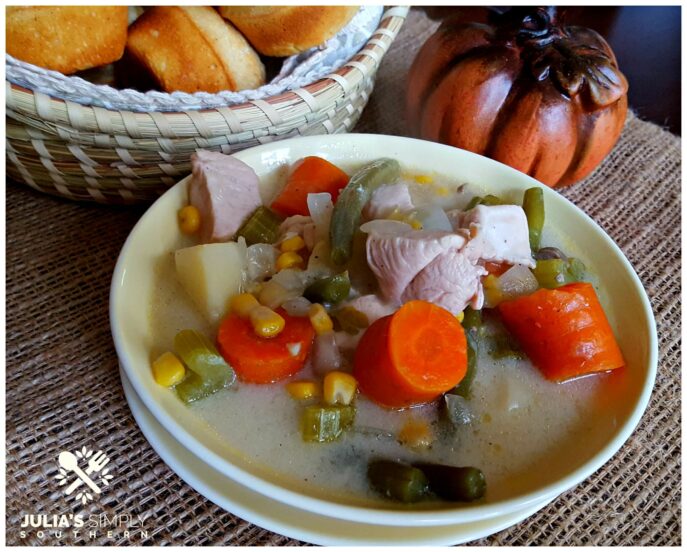 What recipes do you have for the potato you scooped out?

Laura, The leftover potatoes from the center may be refrigerated and used to make mashed potatoes, fried potato cakes or a small version of this loaded mashed potato casserole ~Julia

We love Potato Skins, these will be awesome! Thanks so much for sharing with us at Full Plate Thursday and have a great week! Miz Helen

Hey Ya'll! Thanks for stopping by. I grew up in South Carolina and love to share my tasty southern cooking, easy to follow recipes, and life experiences with everyone.